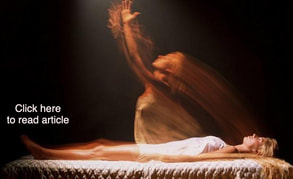 I felt it would be good to use the  name Splinter Personality in this fourth segment as  the Psychiatric Community seems to favor this explanation of what has taken place in  the mind. They believe a part of the brain  has splintered off and taken on its own separate identity. This is perfectly understandable as they have embraced the theory of Materialism, which rejects the existence of the spirit realm and are therefore limited to looking for answers in the material physical realm.

In this fourth and final article I will use two actual cases of demons the Psychiatric Community would diagnose as a Splinter Personality. We will examine both of these cases and determine whether they are a Splinter or a demon...

​Amy the Alter came into existence as the result of a thirty-three-year-old  woman I call Sarah (fictitious name) dissociating when she was only three years old to escape the trauma from being sexually abused by her step father. The following are the three conversations I had with Amy the Alter culminating with me casting it out of Sarah... 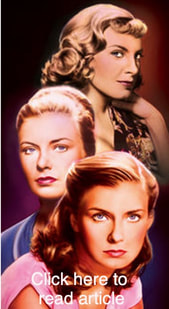 ​In "What Is MPD" Part 1 entitled "The Myth of MPD"  I shared an unusual experience of casting a demon out of a woman who tried to convince me it would be impossible for me to do so as it was not a demon but a Splinter Personality of the woman.

Exposing the Deception
I ignored its lie and cast it out in the same way I cast out any other demon; by quoting scripture and commanding the demon to leave until it eventually stopped resisting and obeyed my command. In this case after about twenty minutes the demon came out with the woman choking and coughing for about three minutes and then looking at me with a smile on her face and saying, "It's gone."

I chose this particular exorcism from a wide assortment of those I have performed involving Alters because during the dialogue I was able to force this so-called Alter Personality to expose its true identity as a demon rather than a splinter of the woman's personality. If you missed reading Part 1, "The Myth of MPD" I would suggest you read it as well... 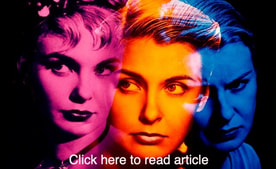 "What is M.P.D.”? (Multiple Personality Disorder) is an expose of a diabolic deception being used in the world today, by Satan
and his army of demons to imprison a multitude of victims in a Demonic Stronghold of Torment, Hopelessness and Despair.
Only the truth can set them free of this Stronghold.

​Jesus said in John 8:32,
"You will know the truth and the truth will set you free."

​This expose will be presented in four articles of which "The Myth of MPD" is the first. One of these articles will be sent out over the next four months. With each we will be offering a free MP3 download of a teaching from TDS Ministries.  This first free download is on the Stronghold of Deception.
To Hell with Demons
...An exorcist tale

​These articles are accounts of interesting exorcisms I have performed over the last twenty years. They represent a menagerie of experiences; some terrifying, some tragic and others quite humorous, but hopefully none boring.